Rajesh Prasad is a seasoned banker, Transformation specialist and a successful 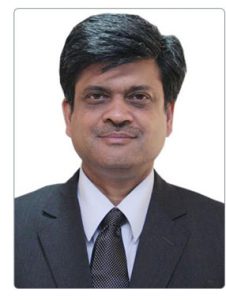 entrepreneur. With a career spanning almsot four decades, he has seen the challenges in establishing, nurturing and growing  business as a Professional, as an investor, as an investee, as an Entrepreneur and also as a Mentor.

Rajesh Prasad joined State Bank of India in 1981, as a Probationary Officer, and rose to an exclusive Top Management pool under a fast track system. After 25 years of working for SBI, he joined Kotak Mahindra Bank as Executive Vice President heading their North and East operations. Later, he joined Lord Swraj Paul’s business group Caparo in July 2008 as it Managing Director & CEO cum Country Head. He headed the group for over 7 years before deciding to go entrepreneurial, co-founding Amritasa Group in 2016. In July 2018, he joined Jet Airways at its C-level, as its Chief Strategy Officer. He was responsible for finding sustainable solution for the Airlines which was struggling. He worked closely, under the provisions of the Indian Bankruptcy Code, in finding a revival solution for the Airlines, an accomplishment, that is virtually unprecedented.

He has also been guiding several stressed/stressing Corporates, at the Board level, in finding a sustainable solution for turnaround/growth. He has been associated with some leading EPC players of the Country, one of the largest integrated steel player, secondary steel manufacturer, leading Mint manufacturer of the Country and many mid-sized Corporates. He has been mentoring several start-ups as well.

Works through spotting and exploiting “opportunity arbitrage” for the benefit of all the stake holders by blending the macro opportunities with the micro realities. Has consistently delivered solutions.

He can be contacted on rajeshprasad@amritasa.co.in.

Mr. Sinha has had an excellent career spanning over 25 years and he brings 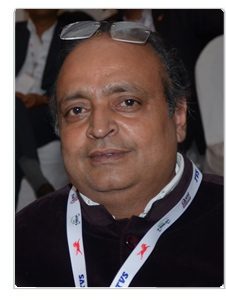 with him an excellently blended Technical as well as Commercial expertise. He initiated his career with Hindustan Motors and found a place in its Corporate Office as part of the Core Strategic Team. During this period, he was part of several prestigious projects viz. Subaru’s India Entry Project, Opel Astra Project in which he was entrusted with the responsibility of leading its indegenisation programme. He supported his team for localisation of vehicle to suit Indian condition. He also led the Group’s association with Ford and was an active member of the collaboration to make engines.

He was shifted from the Corporate Office to Chennai and was an integral part of the HM-Mitsubishi Lancer implementation. With careful nurturing of the supplier fraternity, he was able to achieve 72% indegenisation within a short span of 36 months along with the team, a significant achievement through Vendor Development programme With his affable and simple approach, he was able to play a critical role in the implementation process.

After working for over 12 years with HM/Mitsubishi Lancer, he left the Group in 2002 and joined Caparo Maruti Ltd; a JV between Caparo Group of UK and Maruti Suzuki Ltd. He was responsible for Quality, Green field project and Vendor Development. He worked in several prestigious projects. In 2009, he was shifted to the Corporate Office and was entrusted with the responsibility of setting up a Cost Validation Cell for entire Caparo India. He led this position with distinction. During his tenure he introduced the product costing concept within the Automotive segment of Caparo Group, worked on basket order concept for continuing/exiting from supply relationship, Input-Output Ratio, Price correction initiative with the OEMs. He enjoys excellent relation with all the major OEMs. He was also selected to be Caparo’s front face in its Business Transformation process which the Group undertook with Accenture.

Thereafter during end of 2013, he was chosen to lead Caparo’s foray in e-Vehicle, Composite Houses that are earthquake and flood resistant, Bio-Toilet, Solar, Waste Management. Within a short period of time of under 10 months, he was able to bring these forays into commercial launch state.

Mr. Sinha left Caparo in February 2016 and co-promoted Amritasa Group and is the Group’s Vice Chairman where he will be directly overseeing the Technical Functions and Business Development. He is also the Managing Director of Amritasa Green Pvt. Ltd.

Mr. Jemon is heading our R&D Team. Mr. Jemon has 20 years of direct experience with specialisation in PCB Designing, Linear Designing, Digital Designing, Micro-controller programming. Mr. Jemon has worked closely for over a decade with Late Dr. T.K.Saxena, Head of Department of Automation Section of the National Physical Laboratory and has been groomed by him.
Mr. Jemon has an impressive loyal brand in excess of hundred Corporates, spread across different sectors, who have used his technical expertise and developed customised products for them. He is very innovative and is one of the leading players in his domain in the Country.
He leads a team of seven scientists drawn from different sub-verticals.
Mr. Jemon can be contacted on jemon@amritasa.co.in

Mr Mishra has been one of the pioneers in the domain of Bio-toilets and is one of the most experienced persons that we have in the Country in this domain. He is leading the Group’s foray in Bio-toilet. His industry knowledge is widely respected by the key players in the Bio Toilet industry and enjoys huge confidence of Defense Research Development Organisation.

Mr. Mishra has worked for the Escorts Group as well as Omaxe Group and Caparo Group.

He is one of the partners in Amritasa Bio Technology.

He can be contacted on vinodmishra@amritasa.co.in